close
This is definitely an experience you will never forget

Celeste River (Spanish pronunciation: [seˈleste]) is a river in Tenorio Volcano National Park of Costa Rica. It is notable for its distinctive turquoise coloration. The Celeste River also borders several hot springs and has a large waterfall. It takes about an hour to hike to the waterfall from the park’s entrance.

The source of the river’s distinctive turquoise color is not due to a chemical species but to a physical phenomenon known as Mie scattering. Celeste River is fed by two colorless rivers, the Buenavista River and Sour Creek. Buenavista River carries a large concentration of aluminosilicate particles with a small diameter. Sour Creek, as its name implies, has high acidity due to volcanic activity. When these two streams mix to form the Celeste River, the drop in pH causes the aluminosilicate particles to aggregate and enlarge to a diameter of about 566 nm. These suspended particles produce Mie scattering which gives the river a strong sky blue color.

If you have time to visit only one waterfall in Costa Rica, make it Llanos de Cortés. This beautiful hidden waterfall is located a short scramble down a short, steep trail to reach this spectacular 12m-high, 15m-wide waterfall, which you’ll be able to hear from the parking lot. The falls empty into a tranquil pond with a white sandy beach that’s perfect for swimming and sunbathing. Go ‘backstage’ and relax on the rocks behind the waterfall curtain, or shower beneath the lukewarm waters. We did see two daredevils pick their way among the boulders on the mossy rock wall to the top. It’s quite risky though. 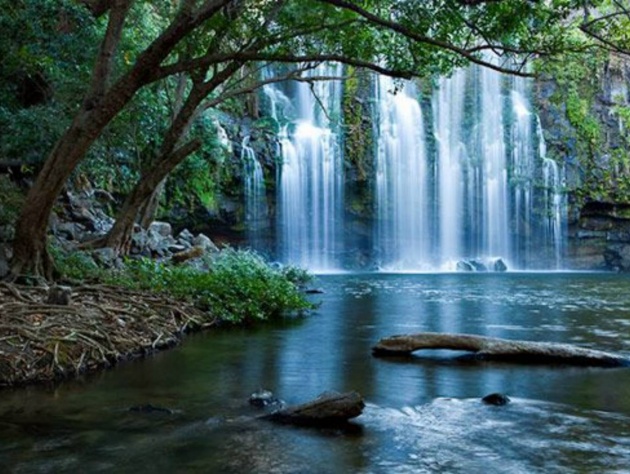 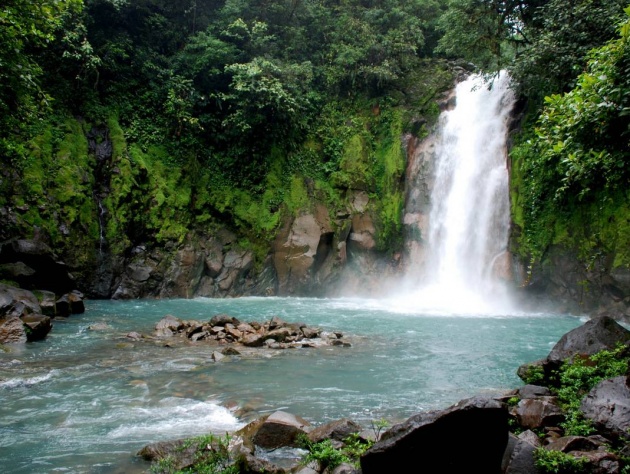 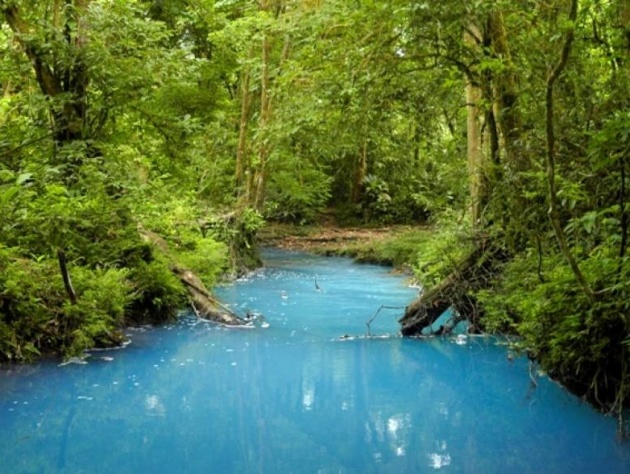